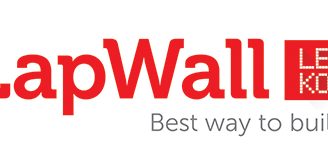 LapWall Oy is a company known for positive news. Established in 2012 in Pyhäntä, the company manufactures prefabricated wood elements and has since the very beginning been going its own way. In mid-March 2017, the company announced that it would recruit during the next few years a total of 200 new employees in their new Keuruu plant with the only competence requirement being the right attitude – LapWall would teach the rest.
LapWall is also a new customer of Roima Intelligence. What the two companies have in common is an inspiring future vision and a strong belief in what they do. Both companies think big, and have decided to show the world that they can achieve what they dream of.

Getting the foundation right

The collaboration began in August 2016 with a phone call made by LapWall’s CEO Jarmo Pekkarinen. The company’s strong growth had created new needs, especially in regard to information technology. In fact, the company was lacking proper IT systems altogether – sales configuration was done in Excel and operations were managed in SharePoint.
Through his previous position at the Finnish forest machine manufacturer Ponsse, Pekkarinen already had experience of Roima’s product data management system, Aton. Thus, he invited Roima’s specialists for a visit, hoping to see a mind-blowing system demo. That, however, was not what he got. Instead, Roima’s specialists thoroughly investigated LapWall’s needs, after which it was together concluded that the system acquisitions would have to wait.
What then happened? Read the whole story here!