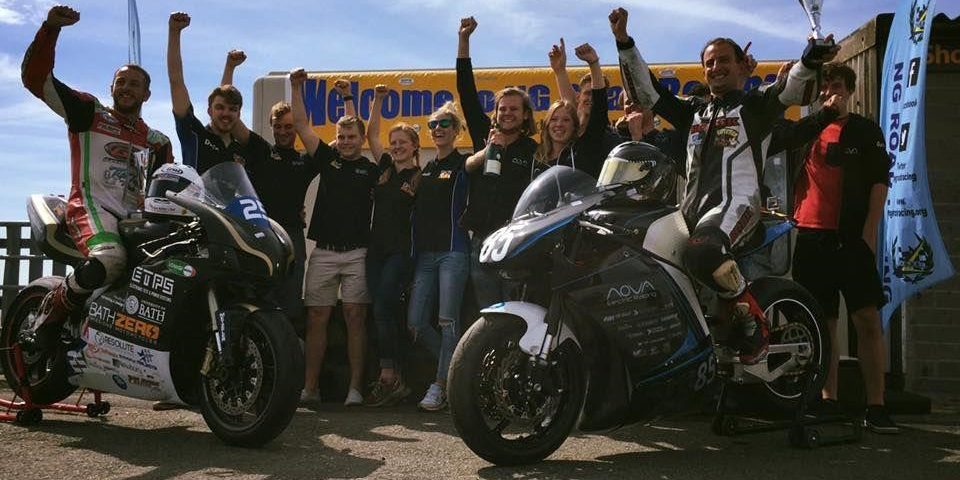 Roima is happy and proud to congratulate Nova Electric Racing, the new European Champion in MotoE 2017! At the beginning of October, this team of 14 students from TU Delft, the biggest technical university in the Netherlands, won the dynamic Engineering Competition that challenges teams from all over the world to design, build and race electric motorcycles. Nova Electric Racing team is one of Roima’s cooperation partners and uses Roima’s Aton PDM system and SolidPDM for Solidworks CAD data management system.

Nova Electric Racing is the first electric motorcycle racing team representing the Netherlands in MotoE. The team comprises of 14 students from different faculties of the Delft University of Technology and Universities of Applied Sciences. The aim of the team is to promote the use of sustainable energy in the world of motorcycle racing without compromising performance parameters like speed and acceleration.
During the last year, the team members have together put in great efforts to build a competitive electric motorcycle for racing in the MotoE Championship. In order to land the first place, everything needs to be perfect – from team management to designing and building the motorcycle and, finally, to racing.

The team’s electric racing motorcycle has been especially designed and built for this unique competition. Although the electric motor is lighter than a classic internal combustion engine, the main challenge is the weight and placement of the battery pack. The 200kg bike has a continuous power of 140kW (190hp), and a torque of over 500Nm on the rear wheel. In racing conditions, it will hold up for around 40 kilometresbefore the batteries run out.
By designing the frame and swingarm themselves, Nova Electric Racing was able to efficiently create space for the battery pack and electronics. In addition to this, the self-made carbon fibre seat and fairings help to make the bike lighter.

The MotoE competition was established to provide a platform for stimulating the innovation of electric motorcycles. Both student teams and companies alike participate in the competition to stay at the forefront of the development.
This year, the first two races were held on the tracks of Anglesey and Pembrey, and the final at the former MotoGP racing circuit of Donington Park. To showcase the potential of electric motorcycles, it was also possible to compete in a petrol class. In these races, MotoE had its own ranking.
On the first two circuits, Nova Electric Racing competed against 400cc motorcycles and managed to make it among the top teams. On Donington Park, it was possible to compete in the 600cc class. Despite starting from the pit lane, the team was able to rise from the last place to a promising finish in the middle of the field, and finally to the first place in the entire MotoE competition.
Now, after three race weekends, Nova Electric Racing can finally celebrate their well-deserved first place!